Now just to clarify up front, I live alone in my own house. Lately though, I’ve been hearing some strange noises at odd times, but my rational mind can always seem to find an explanation for such events. In the mornings, sometimes I wake up to hear a clicking or slight cracking sound. It can be startling, but I can rationalize the sound with the understanding that the sunlight falling on the glass sliding door in my bedroom expands as the light warms it. The same can be said about the house settling at night and expanding during the day. Then there are more difficult things to explain.

Every once in a while I’ve seen or heard objects fall over even when there’s nothing there to push them. I attribute this to the object resting at an angle that is so close to the tipping point that it was bound to fall anyway. Whether it be minor earthquakes that push it to the limit (seeing how I live in California) or perhaps just changes in air pressure, I never blame it on something I can’t easily explain. I’m not too strict on cleanliness I guess.
Then sometimes I see dark spots in the corner of my eye and quickly turn to look, only to see nothing out of the ordinary. I have heard that these are just flotilla in the fluid of my eyes that are sometimes detected, but I never really see them in full clarity. It’s the same reason that cats sometimes bat at thin air. I have a pretty active imagination and a (un)healthy fear of ninjas, so such sightings are easily explained.

Then sometimes I see or hear a noise or movement that I can’t easily explain. Something that moved when it didn’t seem like I touched it or a noise that I can’t justify in my mind. My mind suddenly becomes alert and I focus on the source of the unexplained occurrence. When it happens I lose focus on whatever I was doing and try to zero in on the unknown. My rational mind is telling me that it’s nothing to worry about while the rest of my mind is scared, suspicious, and angry all at the same time.
At times like this I often pause for half a minute or more just watching for further movement or sound, which usually either turns up nothing and I disregard, or something I can explain happens and I can put the mystery to rest. I’ve even taunted the source of the mystery out loud to do whatever disturbed me again, just to help along the process. My imagination can really make me nervous unless I try hard to rationalize my surroundings.

So while I’ve never seen a ghostly figure or observed a completely unexplainable event that I know of, maybe it’s just easier for my mind to dismiss such things instead of picking up on some subtle cues? Is my house haunted and I just refuse to admit it?

Have you ever seen a ghost? 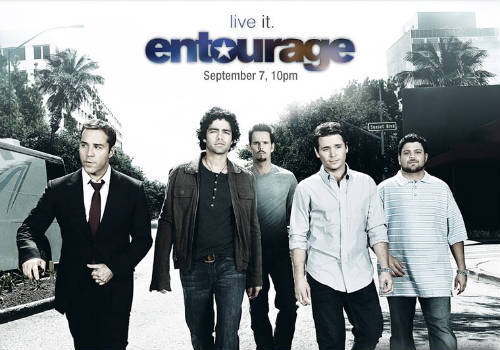 [/align][font=arial][size=2][color=mediumturquoise][url=http://www.goodtvshowdvd.com/959_Entourage-Complete-Season-5-DVDS-BOX-SET-ENGLISH-VERSION.html][color=blue]Vince Chase is a sexy young actor whose career is on the rise. To share the fun of his ride to the top of Hollywood and keep him grounded, Vince looks to Eric, Drama and Turtle, his childhood buddies from Queens. Together, they’ll navigate the highs and lows of Hollywood’s fast lane, where the stakes are higher, and the money and temptations greater, than ever before. But that certainly will not stop them from having fun the whole way through. Adrian Grenier (“Drive Me Crazy,” “Hart’s War”) stars as Vince, an actor on the verge of stardom. Kevin Connolly (“Antwone Fisher,” “John Q”) plays Eric, Vince’s closest confidant who’s learning the rules of the business as he tries to help Vince make the right choices and keep his goals aimed high. Kevin Dillon (“The Doors,” “Platoon”) plays Vince’s half-brother Johnny Drama, whose own acting aspirations have been eclipsed by Vince’s success, but that doesn’t stop Johnny from constantly looking for work and going to auditions. Jerry Ferrara (“Grounded for Life,” “Leap of Faith”) plays Turtle, the least experienced of the group who is always up for a good time. Jeremy Piven (“Old School,” “The Larry Sanders Show”) plays Ari, Vince’s aggressive, high-powered agent, who clashes with Eric over his client’s decisions. Theme Song : “Superhero” by Jane’s Addiction[/color][/color][/size][/font][url=http://www.goodtvshowdvd.com/959_Entourage-Complete-Season-5-DVDS-BOX-SET-ENGLISH-VERSION.html]

Did you forget to put on your tinfoil hat again?

You’ve got bats. Or squirrels.

And I have seen a ghost. Or possibly a god. Either way I was displeased.